Governing the unwieldy world of the internet

Despite more than half the world’s population being online, the rules that govern the internet are still largely the Wild West.

“There are very few American laws about how to organize and maintain the internet,” said Stephen Carradini, an assistant professor of technical communication at Arizona State University. “It’s so few that you can almost name all of them by memory.”

With that thought in mind, Carradini has created a new class called “Digital Ethics in Internet Governance and Policy,” which will debut next semester. The course was built as part of the Institute for Humanities Research’s Recovering the Human(e) in an Age of Dehumanization project. It addresses controversies over Twitter mobs, fake news, cryptocurrencies, cyberwarfare, election hacking, biotechnologies and transhumanism. It also points to a single question: How should we maintain and govern the internet?

ASU Now recently spoke to Carradini to discuss these issues and what his new course will look like. 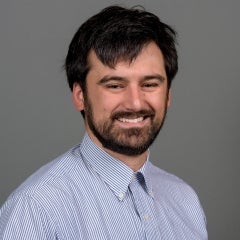 Question: There are some classes that feel traditional in nature, but “Digital Ethics in Internet Policy” feels fresh and reactionary to what’s going on in today’s world, especially in light of the recent questions of censorship by Twitter and Facebook. What were some of the driving factors that led you to create this class?

Answer: The internet has grown to immense proportions with relatively few regulations. In fact, one of the most prominent pieces of American legislation regarding the internet largely deregulates the web by explicitly making website owners not legally responsible for content on their websites. That’s Section 230 of the Communications Decency Act. So the internet has grown immensely without a whole lot of external checks on it, particularly where American companies and citizens are involved.

But as you mentioned, these indemnified companies use their platforms in controversial ways. Twitter and Facebook, as private companies, are free to delete any content they want to off their platforms. But should they be allowed to? Why would they want to? What ideas underpin their actions? These pressing questions can be applied to many issues on the internet at the moment, so I decided to teach a class addressing those questions. It expands the ethical and policy aspects of teaching in the technical communication program where I work.

Q: Let’s back up a bit. When did you develop an interest in online ethics and policy?

A: In 2013, I got frustrated with the level of discussion about the internet. It seemed like the prevailing trends in tech journalism and online discussion about tech issues ran only to the short term. I started investigating the issues of policy and maintenance more closely, and started a still-going podcast taking the long view on technology, ethics, religion and art — I feel art and religion should be contributing elements to any discussion of ethics and of technology. From there, it was only a matter of time before that interest turned into a class on policy and governance of the internet — although that “matter of time” turned out to be seven years.

Q: What do you see as the most pressing issue of governance on the internet?

A: We lack consensus on what the internet is. Is the internet a private space, where people have whatever rights and freedoms companies decide to give them? Is the internet a public space, where governments confer rights and freedoms on the users of the internet? If it’s a mix of public and private, who chooses what parts are public and private — users, companies, governments, nongovernmental organizations or some combination of them? While we are currently muddling through issues without solid answers to these questions, developing answers to these questions of who governs what will help us move forward on policy issues.

This concern over who governs what and why helped me frame the course. The course will spend time looking at ethical frameworks — utilitarianism, virtue ethics, existentialism, identity ethics and Christian ethics primarily — as a way to understand stances toward who should govern what, in a macro sense. Once we’ve spent time with those, we’ll apply those ideas to individual issues such as Twitter mobs, cryptocurrencies and more to further understand formal and informal governance on the internet.

Q: Given those pressing issues, what are the difficulties of rights and freedoms we have and don’t have?

A: The federal rights conferred by the Bill of Rights hold for online and offline spaces. The government cannot legally censor your speech online, nor can it break any of the other freedoms in the Bill of Rights. However, questions and challenges to those freedoms in online spaces exist. Edward Snowden’s revelations about the National Security Agency’s online surveillance underscore the seriousness of some of these challenges. Snowden felt that the NSA’s bulk collection actions violated the Fourth Amendment and other laws. Snowden was correct, according to recent subsequent court cases. We guard our online freedoms when we guard against these types of government overreaches.

Another prominent question for online freedom regards the extent to which the Bill of Rights extends to the privately owned platforms of the internet. Should Facebook and Twitter be treated as private or public spaces, given that people and governments increasingly view them as the public square? If they are public spaces, then they would not be legally allowed to censor speech, limit assembly, quash protest or limit the press’s work in any way. If they are private spaces, then they can do whatever they want to activities on their platform.

Looking at those questions points toward questions about means: Should internet-related problems such as these be fixed from the top down by organizations like governments, or should the responses be bottom-up? Should fixes to these problems be made technically, through code and protocols, or legally, through laws and regulations? At what scale should those fixes be made — international or hyperlocal? Each of these questions play directly into what people think of as internet freedom. Internet freedom includes, but is not limited to, the ability to communicate and act online in ways that are personally safe, technically secure and free from harassment of all types.

Q: What is your hope for internet freedom in the next 20 years?

A: I have hopes for the American situation and hopes for the wider world. I hope America sees results from the ongoing hard work of figuring out how the internet fits into our existing legal system. Where it doesn’t fit, I hope we write new law in response. I hope that local, state and federal governments work with companies, users and cybersecurity professionals to find solutions to problems. Broad bases of support for initiatives are vexingly hard to achieve but are necessary for something with as much societally reshaping power as the internet. I would hope that we don’t try to use one approach, such as a single law or regulation, to fit every situation, but that we would seek nuanced responses to nuanced problems.

Despite these hopes, American internet policy is not in as dire a shape as the policy of some countries. China aggressively censors its internet. India turned off the internet to Jammu and Kashmir as part of an intense, controversial legal dispute withdrawing autonomy from the region. Several African nations shut down internet in their whole country at various times. The Philippines and other countries harass and prosecute journalists for their online work. I hope that the development of national and international policies regarding internet freedom would filter into countries with less internet freedom as quickly as possible. This process may be a slow and fitful one in places. Yet the sooner that policies exist anywhere, the sooner they can be adapted and developed everywhere.

The complexities of cultures throughout the world will make these policy processes complex and even fraught at times. I almost certainly will not like every policy. But I believe that the more we develop policy, the better it gets over time — whether those policies are technical or legal, local or international.

Q: And what is your hope students will take away from this course?

A: I hope students will go beyond the top-level circumstances of debates about topics like censorship and control to see the types of ethical arguments underpinning those debates. I do not necessarily want students to think exactly as I do on these issues at the end of the class. Instead, I hope that students have a new way of looking at arguments about the internet. Understanding the ethical frameworks of argument not only helps our personal arguments, but it helps us understand other people’s arguments as well. When we can talk to each other instead of past each other, policy debates become harder but potentially more fruitful in the long run. I want to see people’s communication, both professional and personal, flourish on the internet — and so I want everyone to be able to speak to each other about how to go forward with this strange and amazing thing we call the internet.

Top photo: A collection of newspapers featuring Edward Snowden, an American contractor for the U.S. National Security Agency and former employee of the CIA who leaked details of several top-secret NSA documents to the Guardian in 2013. Courtesy of iStock/Getty Images.